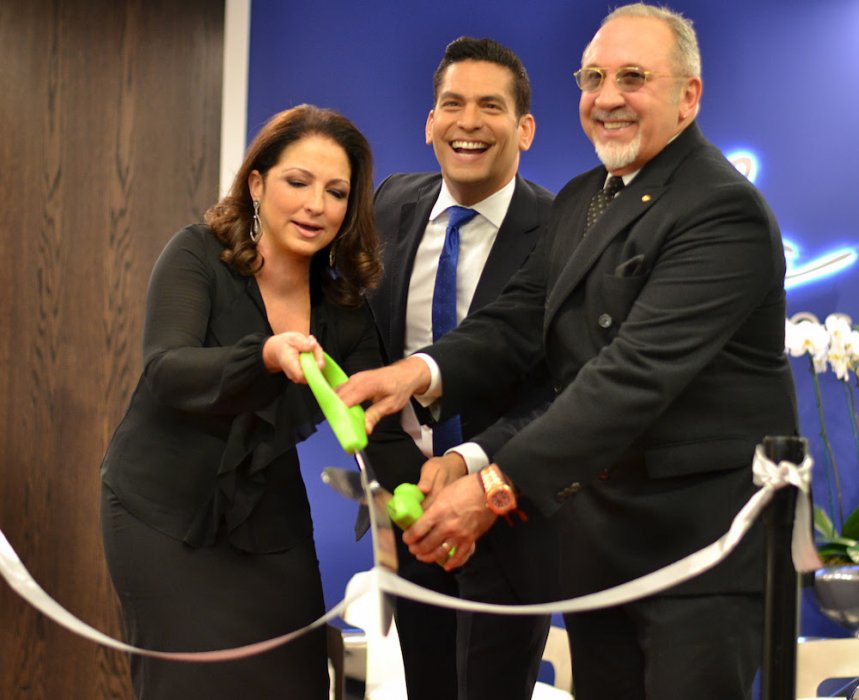 On the inaugural show this Monday, “Cala” interviews José Luis Rodríguez “El Puma.” This inaugural week of “Cala” will feature other major figures, such as Natalia Jiménez, Luis Chataing, Lucía Méndez, Antonia López, Maritza Fuentes and Alexis and Fido, among others

“We’re supporting Ismael because he is someone who brings light and a positive vision to the world, things that are in such short supply these days,” stated Emilio Estefan, who added, speaking on his own and Gloria’s behalf: “We love him very much and wish him the best with this new program.”

Cala, in turn, expressed his gratitude for the “honor and the blessing” of having the support of this wonderful couple from the show business world. “I’ve enjoyed the friendship of Emilio and Gloria for many years, and they’ve been an indispensable help to me at key moments in my career,” he concluded.

The program will be a variety show, both entertaining and informative, with commentary, humor, serious issues and, of course, Ismael’s famous interviews. This Monday, for example, he will be conversing with, Gloria and Emilio, and José Luis Rodríguez, “El Puma.”

Ismael noted that the program has been made possible thanks to the trust of Raúl Alarcón, our CEO of MegaTV; Albert Rodriguez, the network’s COO; José Pérez, Vice President of Programming & Production; and Amer Mercado, Executive Producer of this new season.

“The program has an innovative format that captures the enchantment and great journalistic maturity of Ismael,” Pérez commented. Mercado, for his part, stated that the program will present a Cala who is “engaging and funny, who will be trying to convey a mood of hope to viewing households.”

Ismael Cala is a life and business strategist. For five and a half years he was the host of “Cala,” on CNN en Español. A businessman and social entrepreneur, he is the author of eight bestsellers on issues of leadership, entrepreneurship and personal development, including El poder de escuchar (‘The power of listening’), and Despierta con Cala (‘Wake up with Cala’).

Cala was born in Santiago de Cuba in 1969, and holds a degree in Art History from Oriente University. He is the co-author of the book “Beat the Curve,” with Brian Tracy. He graduated from the School of Communication at York University in Toronto and has a diploma from Seneca College in Television Production. He is the President and founder of the Cala Enterprises Corporation and the Ismael Cala Foundation.

MegaTV, property of the Spanish Broadcasting System (SBS), Inc., is a television network operation with distribution in open signal, cable and satellite, and affiliates in the United States and Puerto Rico. SBS is also the owner of 17 radio stations located in the key Hispanic U.S. markets.

CALA will be broadcast Monday to Friday at the following times:

Life and business strategist. For five and a half years, Ismael Cala hosted the show CALA at prime time on CNN en Español. Businessman and social entrepreneur. Author of eight best-selling books in the areas of leadership, enterprise and personal development, including “El poder de escuchar,” (The Power of Listening), and “Despierta con Cala” (Awaken with Cala). Cala was born in Santiago de Cuba (1969) and has a degree in Art History from Universidad de Oriente. He is coauthor of the book “Beat the Curve,” with Brian Tracy. He graduated from the School of Communication at the University of York in Toronto and has a diploma from Seneca College in Television Production. He is president and founder of Cala Enterprises Corporation and the Ismael Cala Foundation.