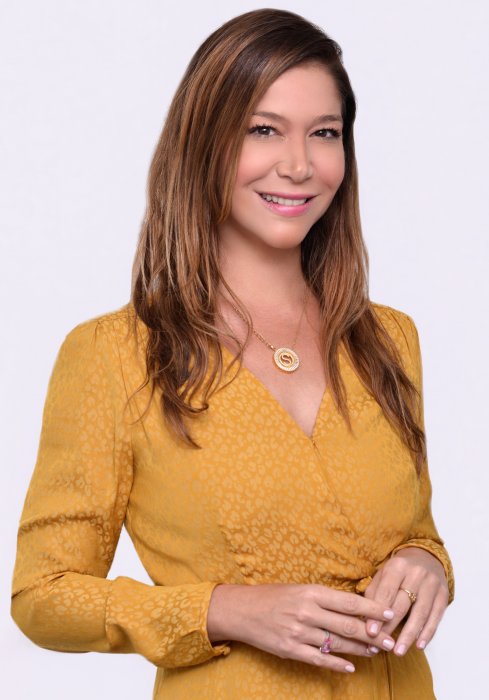 Covo will anchor a news segment “Enlance Politico 2020” on the news program titled “Mega News” airing Monday through Friday at 5 and 11 pm ET anchored by Mario Andres Moreno. “Enlace Politico 2020”, will cover the most significant news stories of the day and will feature the well-respected, fact-based storytelling that has been the hallmark of her career.

“Information is coming at us from every direction. If we’re not careful life-altering decisions will be made based on half-truth, rumor, misdirection or worse,” said Jose R. Perez, VP of Programming and Productions of MegaTV. “We aim to deliver a news program that, in some small way, looks for the signal in all the noise. We’re thrilled that Sabina Covo, who’s built a career on an honest fight to find and report the facts, will continue her pursuit of the truth at MegaTV.”

“Gathering and reporting the news has been my life’s work. I am honored to continue to pursue the truth, both for MegaTV’s loyal viewers and for those who have been following my reporting for decades,” said Sabina Covo.

Covo joins MegaTV after covering the past elections for America TeVe and hosting TV Political shows for different networks. She was also an anchor for Mundo Fox- WGENTV in where she also collaborated and co-hosted political segments with legendary journalist Ricardo Brown. Recently, she served as news presenters for all the affiliated stations to GLR Radio Network in the US, she is also a segment host via RCN Internacional International and has collaborated as a political analyst for CNN in Spanish.

She has been a reporter, TV and radio host news anchor, and correspondent for Telemundo 51 where she started her career in 2000, Mundofox, Cadena Ser, La W y Caracol, La televisión Nacional de Austria, Prisa, Canal Cartagena and ADN Chile, and America TeVe. She co-hosted La Ventana in Caracol alongside Pedro Sevcec.

Sabina has interviewed personalities such as Secretary of State Madeline Albright, Colombian Presidents Alvaro Uribe and Juan Manuel Santos and has covered elections both in the U.S. and Colombia since 2004 including both democratic and republican national conventions. She has written a Sunday politics column for El Nuevo Herald since 2008. Sabina is originally from Cartagena Colombia, attended International Florida University and is mother to two boys.