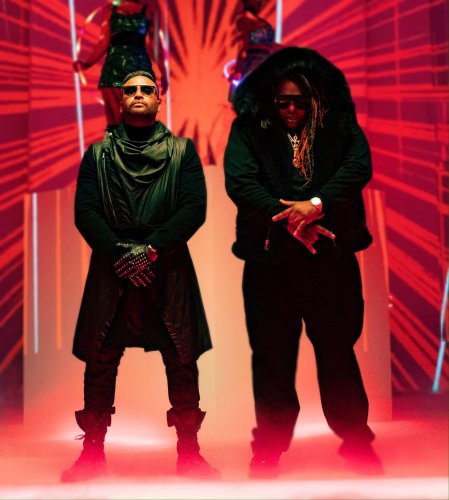 THE TOUR IS BEING PRESENTED BY ZAMORA LIVE IN PARTNERSHIP WITH SPANISH BROADCASTING SYSTEM AND LAMUSICA, WORKING TOGETHER TO MAKE THIS TOUR A PHENOMENON LIKE NO OTHER

MIAMI, FL. (February 27, 2020)—AIRE Radio Networks, the largest minority certified audio network and LaMusica announced today that Urbano music’s renowned duo Zion & Lennox present their historic tour: “ICONIC Tour Twenty 20”. This tour will be honoring the longevity of their 20-year run, and it will kick off in Los Angeles at The Forum on Friday, May 15th and will close in Miami at the AmericanAirlines Arena on Saturday, June 27th. Last night they announced the tour through a spectacular marquee in Times Square and revealed dates and that pre-sale tickets go live today, and subsequently, that regular ticket sales begin Friday, February 28, www.ticketmaster.com.

“Our 20th Anniversary celebration marks a very special moment in our career and we are very excited to prepare an amazing show for our fans throughout the US,” in that way Zion & Lennox revealed why this tour is so symbolic to them and why they are looking forward to celebrating this milestone with their fans. The tour is being presented by Zamora Live in partnership with Spanish Broadcasting System (SBS) and LaMusica, working together to make this tour a phenomenon like no other.

2020 is already an iconic year for the talented duo from Carolina, Puerto Rico. They were named finalists for the Billboard Latin Music Awards in the “Latin Rhythm ‘Artist of the Year, Duo or Group’” category. Not only that, but their recent single “Sistema” produced by Dimeloflow, Slow Mike and Jhon El Divertido, has quickly climbed the charts, showcasing Zion’s melodic voice paired with Lennox’s one-of-a-kind tonality. “Sistema” is the first single off of the duo’s latest album, which will be released in 2020. In conjunction with their concert and new album, Zion & Lennox are looking forward to sharing with fans the several surprises they have in store throughout this year.