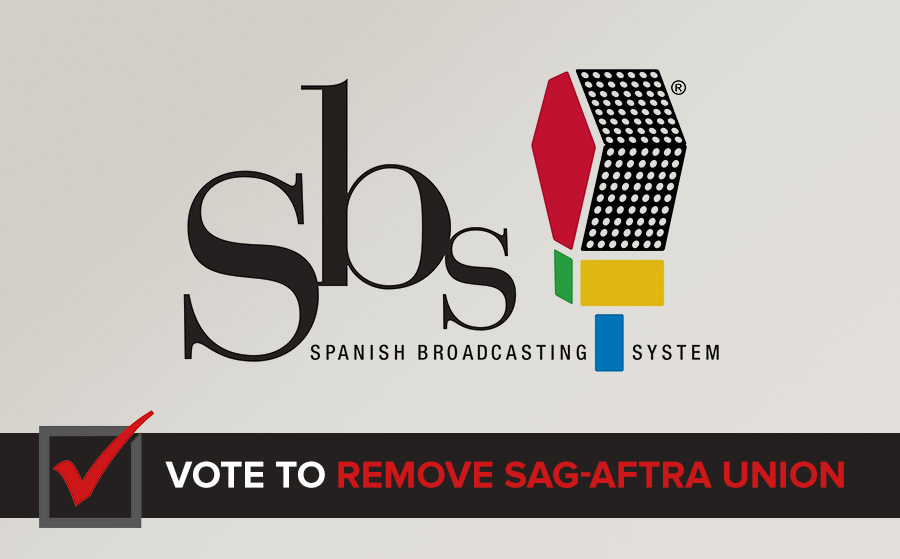 MIAMI, FL. (July 1, 2021)—Spanish Broadcasting System, Inc. (the “Company” or “SBS”) (OTC: SBSAA), the nation’s largest Hispanic-owned and targeted media and entertainment entity, announced today that employees at its Chicago radio station, WLEY – La Ley 107.9 FM, have voted to decertify and remove the Union that had previously represented them in dealing with the Company. The Union — Screen Actors Guild, American Federation of Television & Radio Artists, or SAG-AFTRA — had represented certain on-air talent and production employees in Chicago since being voted in almost three years ago.

Since that time, SBS and the Union had been negotiating the terms of an initial collective bargaining agreement, but no agreement was ever reached. Employees voted on the decertification question by mail over the past few weeks, and the results of the vote were officially confirmed on June 28 by the National Labor Relations Board, the government agency that conducted the vote.

“We greatly respect the important decision made by our employees to move forward without a union to act as intermediary between them and the Company in the resolution of personnel matters at our Chicago facilities,” said Richard Lara, SBS General Counsel. Mr. Lara added, “The Company looks forward to working more directly with our employees to build an even stronger presence in Chicago with our unique branded entertainment in this important market.”