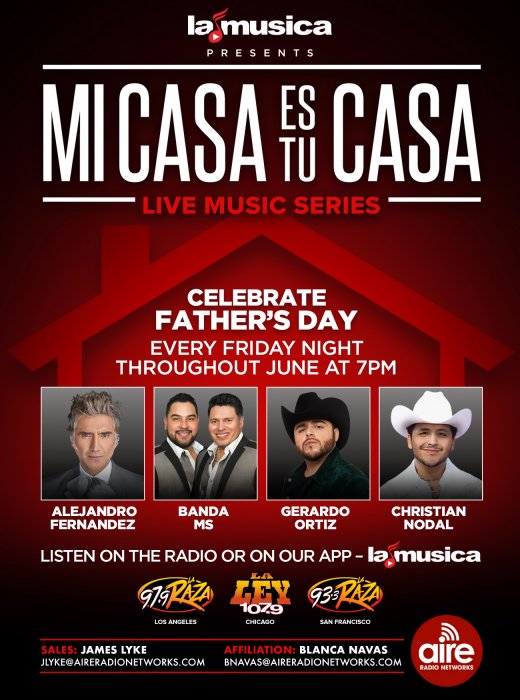 Alejandro Fernandez, Banda MS, Gerardo Ortiz and Christian Nodal to headline the exclusive live audio stream performance series across some of SBS’s top-ranked stations and LaMusica app throughout the month of June

The Mi Casa Es Tu Casa Live Music Series was created with the goal to entertain and support the Hispanic community, who has been disproportionately affected by COVID-19, with the live audio stream performance and motivational messages by some of the biggest artists who represent all genres of Latin music. The widely popular series premiered on April 24 with performances by Pitbull and Calibre 50, respectively, and has continued every week with artists such as Maluma, Banda Carnaval, Reik, Natti Natasha and many more. Thousands of fans across the U.S. have been tuning in since its inception via SBS’s leading terrestrial stations and LaMusica app.

All concerts will take place at 7 p.m. ET/CDT/PT and will also be streamed on the LaMusica App