SPANISH BROADCASTING SYSTEM PROMOTES TOMAS N. REGALADO TO VP OF CORPORATE AND GOVERNMENT AFFAIRS/ SENIOR ADVISOR TO THE OFFICE OF THE PRESIDENT AND COO

Home » News » SPANISH BROADCASTING SYSTEM PROMOTES TOMAS N. REGALADO TO VP OF CORPORATE AND GOVERNMENT AFFAIRS/ SENIOR ADVISOR TO THE OFFICE OF THE PRESIDENT AND COO 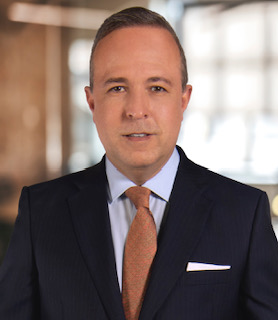 “Tomas has proven to be an invaluable contributor to SBS, and we welcome him to his new and expanded role,” said President and COO Albert Rodriguez. “I worked alongside Tomas for many years and his passion for our company, our strategy, and the Latino communities we serve around the nation is unmatched. I know he will be an even more tremendous asset to SBS in his new capacity and look forward to his many contributions to SBS.”

“I am incredibly honored and humbled to assume this role at SBS a company that I truly believe is really one of the greatest in the world, and to report and work for President Alberto Rodriguez whom I admire and respect profoundly,” said Mr. Regalado. “To be a part of Spanish Broadcasting System, the largest minority-owned, and certified multimedia company that is led by our Chairman Raul A. Alarcon and our President Alberto Rodriguez and work with an exceptionally talented and dedicated group of employees and who all of us have the goal to every day continue to work and reach the US Hispanics market through SBS’s powerful audio, digital, video and live music properties, for now, close to four decades is a great privilege and a great responsibility”

Recently, Regalado was named and appointed to the Board of Directors representing Television of the Florida Association of Broadcasters. Regalado becomes the second member of the SBS corporate team to join the FAB board. Donny Hudson, who is EVP of Local Media for Radio/TV & Digital for all the SBS markets and GM of SBS Miami also sits on the Board of Directors representing the Radio division.

FAB Chairman Adib Eden said, “Tomas joins a distinguished group of industry leaders on the Board of Directors who advise and guide the Television and Radio stations in the State of Florida in charting pathways towards growth and profitability while providing invaluable community service in today’s climate of economic and social challenges and rapidly changing consumer media behaviors.”

Earlier this year, Regalado was also named to the Board of Directors of the Latin Builders Association. The LBA is the largest Hispanic construction association in the United States, with over 750 member companies representing every aspect of Florida’s vibrant industry and brings together professionals and firms that supply and service the industry in fields such as accounting, advertising, manufacturing, insurance, media, marketing, law, financial services, and others, striving to provide a vital forum for discussion, networking, training/development, and representation at the local and state level.

Gus Cabrera, the President of the LBA, in a statement said that “Tomas is a dynamic individual and experienced communicator, with a deep understanding of the Hispanic market. It is an honor to have him as a member of the Board of Directors of the Latin Builders Association and I am deeply appreciative of his contributions to our group.”

Prior to being promoted to the work in the corporate offices of SBS, Regalado worked in the broadcasting field for the past 30 which included, White House Correspondent, Evening News Anchor Special News Correspondent, Sports Correspondent, Reporter, On Air Radio DJ, Program as well as News Producer and Assignment Editor at SBS, USAGM, Telemundo and other major networks as well as being nominated various times for an EMMY and being honored with the MMFM Gold Pearl Award for his 30 years in Media and Broadcasting.