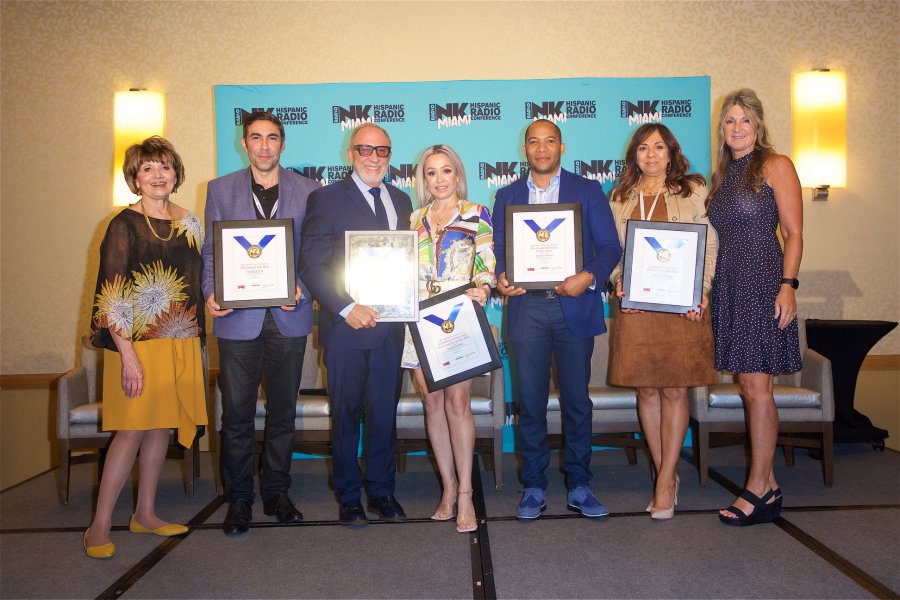 Miami, FL. (September 29th, 2021)— Spanish Broadcasting System, Inc. (the “Company” or “SBS”) (OTC: SBSAA), the nation’s largest Hispanic-owned and targeted media and entertainment entity, was once again honored with two awards for excellence and leadership in the radio industry at the 2021 “Medallas de Cortez” Awards. Overall, SBS Radio platforms were represented by Arturo Sosa, Director of Programming of SBS New York, in the “Program Director of the Year” category, which recognizes outstanding achievements and leadership in the Hispanic radio marketplace. WSKQ-FM Mega 97.9FM the #1 station in the continent, received the “Station of the Year” accolade.

“On behalf of the entire SBS Radio family, we are honored to receive these prestigious awards for Arturo Sosa and Mega 97.9FM,” said Albert Rodriguez, President, COO of SBS. “It’s the hard work and commitment of our people, as well as our dedicated listeners nationwide, that makes this job as fun and fulfilling as it is. We are grateful to receive these awards and proud to be included among other Hispanic radio industry leaders. The Medallas de Cortez belongs to the SBS Radio team, who consistently demonstrates its passion and commitment to radio and our audiences nationwide.”

“To be recognized by Radio Ink as one of the Medallas de Cortez recipients is an honor which I would like to share with the millions of Hispanic entrepreneurs in America who are transforming and shaping our industry,” says Arturo Sosa, Director of Programming of SBS New York Mega 97.9FM, Amor 93.1FM. “It’s certainly humbling to be recognized by the radio industry and my peers. I would like to dedicate this award to the hardworking SBS family.”

“Arturo Sosa is a terrific example of a leader who understands not only the business of radio but the people who work in it. His ability to tap into the best in his team and to inspire, motivate, and lead them is what makes him a top leader in the radio industry,” stated Jesus Salas, Executive Vice-President of Programming of SBS.

The Medallas de Cortez Awards, created by Radio Ink, are the only awards dedicated to celebrating the very best in Hispanic radio and honors industry leaders in station management, sales, programming, and advertising. They were named after Raoul Cortez, a pioneer in the Hispanic radio industry.

Radio Ink Publisher Deborah Parenti said, “The Medallas de Cortez awards represent a celebration of Hispanic radio and its dedicated professionals. Every one of them, in large markets and small communities, make Hispanic radio an intimate part of the lives of listeners and clients. This is the biggest year ever in terms of awards competition. While there can be only one winner in each category, we are extremely proud to recognize all the finalists, who are truly worthy of our respect and admiration.”

In addition to honoring the winners in each of these categories, this year’s presentation was part of a festive ceremony beginning with a musical tribute by BMI recording artist Elston Torres to Emilio Estefan, who received the Medallas Distinguished Leadership award.